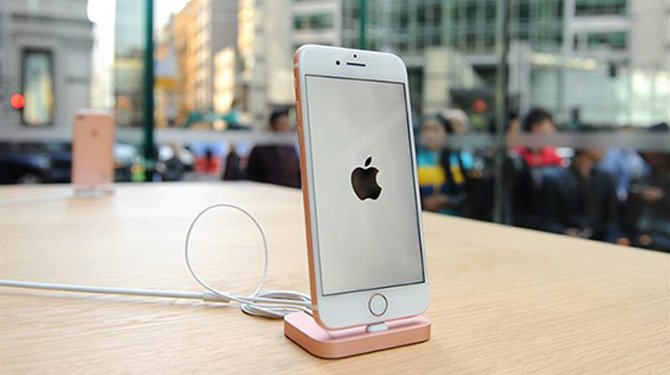 NEW DELHI: Apple has slashed retail prices of all its iPhone models by 4 per cent to 7.5 per cent from July 1, as the Cupertino-based smartphone maker passed on benefits accrued from goods and services tax (GST) regime to consumers.

Industry experts said that the new prices, made on the account of GST, also factored in the basic customs duty (BCD) of 10 per cent imposed on mobile phones that are imported into the country.

One of them explained that the overall taxation on iPhones was quite high, so even with the GST rate of 12 per cent and customs duty, the net tax is lower than what was being levied before July 1, hence the price cut. A source aware of the company’s decision said that had the BCD not been imposed, prices could have gone down even more.

The move makes the iPhone much more attractive to consumers in the Indian market who attach a significant value to the brand. The price drop would help Apple immensely in garnering share in a highly competitive Indian smartphone market, from the present levels of 2.6 per cent in the quarter ended March 2017. In the segment above Rs 30,000, Apple has a 43 per cent share, trailing market leader Samsung Electronics.

Apple considers India a very important market for the iPhone, amid sales slowdown in its larger markets especially China, and has scaled up investments into the country since the last couple of years.

The company had started production of iPhone SE in Bengaluru last month, where it has also set up a large app-accelerator announced last year that has trained thousands of iOS developers, facts that were also shared with Prime Minister Narendra Modi during his recent visit to the US, in a one-on-one meeting.

Another investment went into Hyderabad for setting up a centre for Apple maps development and creating up to 4,000 jobs.

Apple is making inroads into India, an important market for Apple as growth in the US and China slows, and which has been amongst the high growth markets for Apple from revenue perspective.

Apple’s revenue grew more than 20 per cent in India in the quarter ended March, 2017, setting a new record for the iPhone maker for that three month period.